Top 3 Places To Visit In Boston 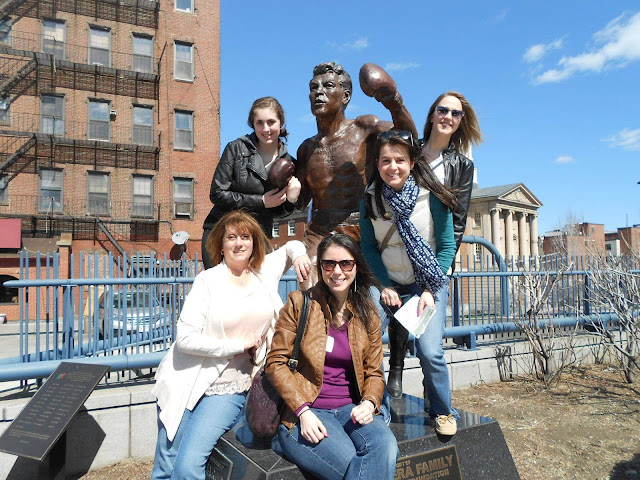 We have been producing our Cashunt games in the city of Boston for the past 20 years and is where this amazing journey began. The city itself has not only become our original game board but also a good friend that we are proud of.  Boston has a lot to offer and it is by far one of the best cities to visit in the United States. So, with that being said if you're ever planning on visiting the city let me provide you with some must-see locations.

Historic Boston is by far the most visited location in Massachusetts. It consists of classic historic locations like Faneuil Hall where you will find Quincy Market as well as many shops and restaurants that hold a very Boston flavor to them. Right down the street you can also treat yourself to a nice warm cup of clam chowder at the Union Oyster House as well as having a pint at a very popular and historic pub called "The Point". Across the street from Faneuil Hall, you will find my favorite place and that is the historic North End.

The North End can also be considered the Little Italy of Boston, which hosts fantastic and delicious bakeries, bistro's, and restaurants. It is the closest thing to Europe in Boston, but like I've always said there is the North end, and then there's Boston. The neighborhood for the most part has not changed, and its flavor is shown via its residents and its atmosphere. I would strongly suggest getting a delicious cappuccino from the Thinking Cup on Hanover Street right after a fantastic meal at Strega on the same street.

But let's not discount, it's historic Boston history. In the North End you will also find Paul Revere's house, the North Church, as well as as a statue of local boxing champion Tony DiMarco that will greet you at the entrance of the North End. If you're lucky, you might happen to find Mr. DiMarco, in front of his statue as he tells you about the night he won the title in the Boston Garden. The one heads up I will give you about that location is look up, look down, look left, and look right because I will guarantee you that you will discover some thing everywhere you look. Take advantage of not only the main streets of the North End, but as well as its side streets.  It has a lot to offer.

The Rose Kennedy Greenway is something that you will find between the North End and Faneuil Hall it was part of the big dig project and now has become a beautiful park that starts in the North End and goes all the way down to Derby Square. What is great about the Greenway is that it provides a lot in the form of public art that is amazing to witness because every piece is unique in itself. There is a lot of permanent public art, as well as temporary that have been produced by world renowned artists. The Greenway also has a fantastic outdoor shopping experience on the weekends from late spring to early fall, by local artists and entrepreneurs. From prints, jewelry, funky T-shirts, and so much more it is a perfect Boston gift.  In the summer it also provides social gatherings with music, outdoor movies, yoga classes, and a lot of things for the kids. It is one of the more "recent" additions to the city, the great thing about the Greenway is that it's ever-changing.

The Back Bay is with many would like to call the contemporary part of Boston. It is in someways and it is not in others, because it does have a lot of historic Boston within it. You definitely would like to visit the Boston common as well as the beautiful Public Garden. Don't forget that if you do go to the Public Garden you need to take a Swan Boat Ride, or your Public Garden experience will not be complete. ;)

If you want to shop in Boston well the Back Bay is one of the most visited shopping destinations in the city. It is a bit of a rodeo drive, but there's something there for everyone. Outside of shopping there is a lot to see you can see in the Back Bay, such as the historic Cheers location based on the famous NBC show. You can also visit the Boston Public Library, but I'm not really talking about the library itself, I'm talking about the outdoor yard in the middle of the library. It is truly a beautiful hidden gem in Boston, it has a very Venetian and tranquil feel to it. That location in the Back Bay, is a must.

There's also the Prudential Center where you can go to the top floor of that building and enter it's "Skywalk" where you have a fantastic 360 degree overhead view of Boston. You can also take one of the more famous tours in Boston, which would be the "Boston Duck Tours". The Boston Duck Tours are famous for two reasons. These are the vehicles of choice when it comes to professional Boston sports teams celebrating their championship victories, the other is it's unique take on the typical Boston tour. These vehicles are land and sea vehicles which will bring you all around Boston and the historic Charles River, they provide both knowledge and a slice of Boston comedy.

So there you have it, my two cents about the city of Boston! Hopefully I provided you with a good little start when you visit our fair city. If you ever want information about our premium Boston scavenger hunt experiences click the link below and it will provide you with information about our games that take place in Historic Boston, The Back Bay, and our Harvard Square location. Thanks and enjoy Boston!